We've decided on a name! 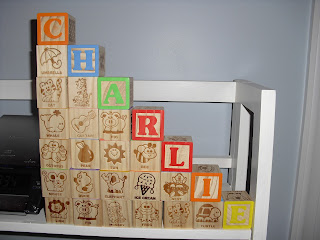 Charles "Charlie" Wheawill
So, I'm not sure how much of a secret this has been because we are telling anyone who asks but we have decided on a name (well, a first name and are working on the middle name).  We have two possibilities that we are considering for a middle name.  However, we haven't decided between them.  I've even thought of waiting until he is born which for anyone that knows me very well, is not really my personality.  (I'm typically very decisive, impatient, and way too controlling to wait.)  However, I really don't think we can go wrong with our possibilities and maybe after we see him, it will be easy to decide.  Who knows when we will decide but for now, neither of us seem stressed about it.  So, you are just going to have to wait it out for our son's middle name.

Here's updated pictures of Charlie's room.  I told Matt it's become the best looking room in the whole house!  :-) 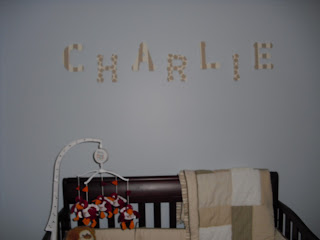 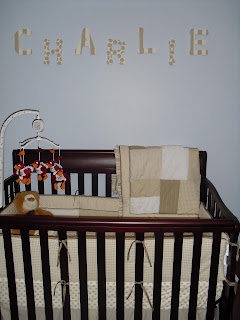 I painted his letters to put on the wall. I wanted them to match his bedding and I'm really proud of how well they turned out. 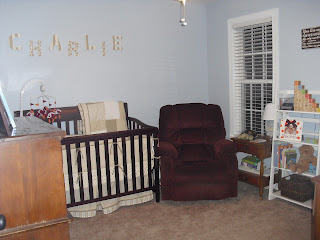 We've registered for window valences that match the bedding.  I love the bedding!  My sister got it for us and I'm so happy with the way it looks in the room.  I like the neutral colors against the blue wall. 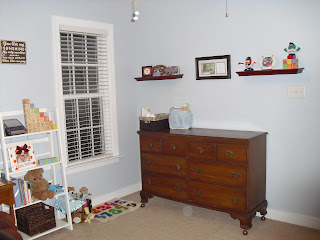 We plan to put the changing pad on the dresser and the diaper pail and clothes hamper on the sides. 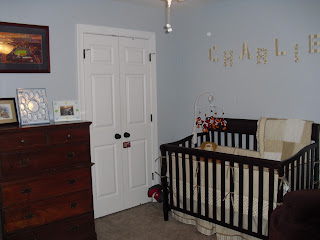 There really isn't a theme to his room, but as you can see, we are really hoping he will join us in rooting for
the Hokies and Red Sox.
Ali got him the Hokie mobile and gave it to me at the Grundy shower. 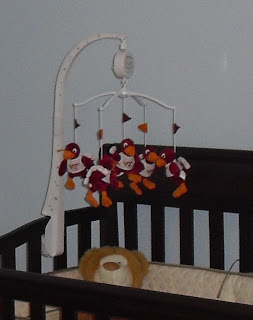 This is his first toy that his Daddy bought him! 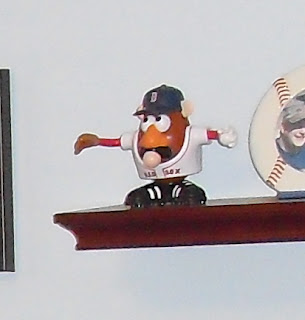 Hopefully, he will be as big of a sports fan as we are.

There are so many things that I love in his room.  I love all the new items that he has received from the Grundy shower. 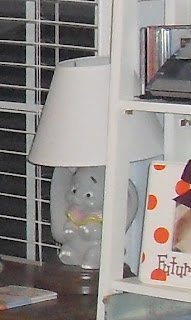 I also love the dumbo lamp that was in my nursery when I was a baby.

We have a few more finishing touches for the nursery but I think it looks great.  I hope Charlie loves his room as much as I do.  He and I spend a lot of time sitting in the chair right now.  I read to him in there and just go in there sometimes to take it all in.  :-)
Posted by Stephanie at 6:30 AM