Headed to the Orange Bowl...

Yay Hokies!!  We decided to go to the ACC Championship game last weekend with Matt's parents.  (Yes I'm a week behind with my blogs but there is this thing called work that gets in my way sometimes.)  It rained, snowed, and sleeted on our trip down to Charlotte.  We weren't sure the weather was going to improve for us but it did!  It was pretty cold out there though.  We had to tailgate in the car since it was still raining which made things a little interesting but we filled our bellies full of good food before the game.  As it was time to start making our way to the stadium, the rain completely stopped. 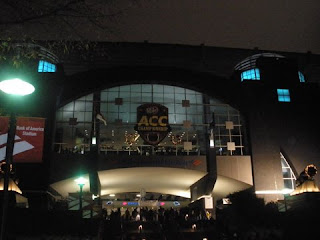 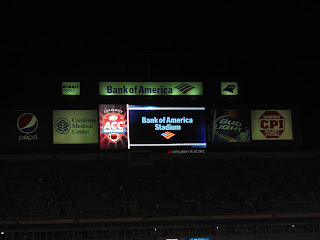 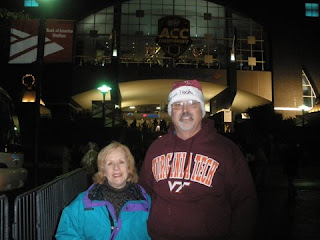 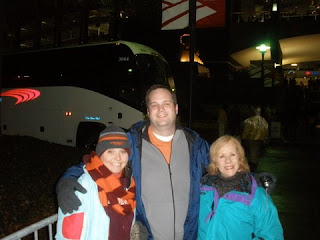 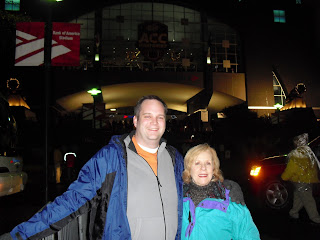 Under my jeans I had on tights and long underwear and I had 3 shirts under my sweatshirt and also had on 3 pairs of socks under my warm boots.  I was glad I had all of that on. 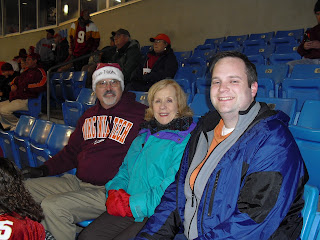 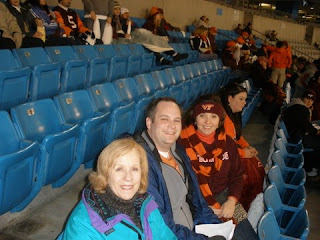 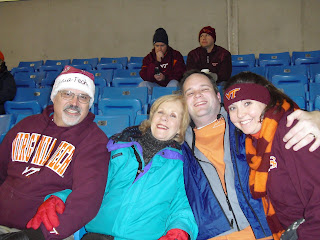 We had great seats in the stadium.  We were actually under a ledge so when it started raining for a brief time, we didn't feel it.  :-) 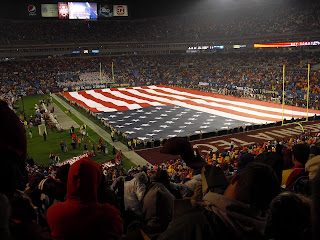 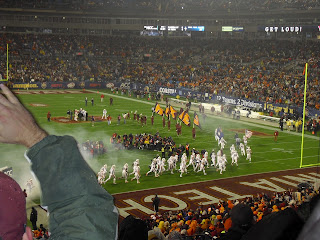 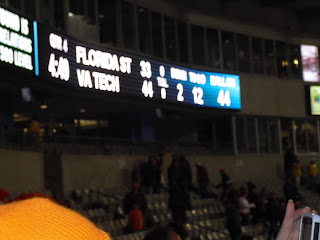 It sure was an exciting game and I was so happy that Tyrod Taylor had such a good game.  And I loved getting to see Frank accept the ACC trophy.  I'm glad our season ended so well after not a great start.  No plans on going to the Orange Bowl but I'll be watching.  Hope we can beat Stanford!
Posted by Stephanie at 9:45 PM