Last night, my mom suggested that Matt and I go out to dinner. 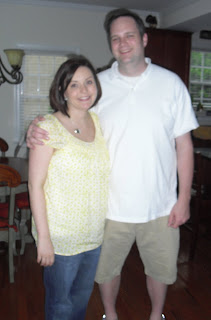 It was so nice for me to put on real clothes and get out for a few minutes.  Matt and I had a nice dinner.  Charlie was well cared for at home with Mim and Aunt Meredith.  It was weird after a week of being around him all the time for a week to be away.

We have had a busy day.  Charlie has decided to change up his feeding schedule a little.  It was working out that he would feed at 1:30, 4:30, 7:30, and 10:30 which was working well for us.  I found a sleep schedule that was working for me (go to bed after the 10:30 feeding and then be up for the day after the 7:30 feeding).  It typically takes me about an hour for a feeding which probably means I'm slow but after changing his diaper at least once (sometime twice if he decides to go again before getting him back to bed), burping, and nursing, the time has flown by.  Now Charlie is eating a little more often at times but I'm still trying to only feed 8 times a day so I just don't ever know when he's going to want to eat.  Let's just say that I think we are in the clear with all the feeding problems we were having.  He weighs 8 pounds 11 ounces and the lactation specialist told us that she didn't think she needed to continue to follow us unless we started experiencing problems again.

Also, this afternoon, Matt, Charlie and I had to say goodbye to his Mim and Aunt Meredith. 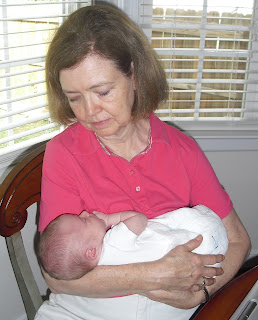 Charlie has been a little fussy today so has spent quite a bit of time being held. 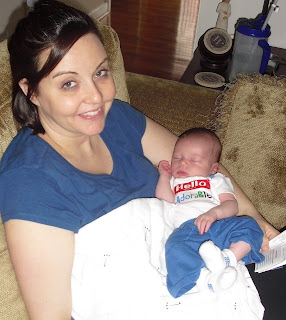 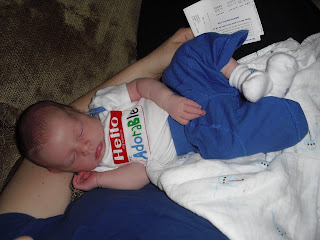 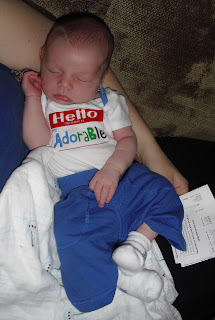 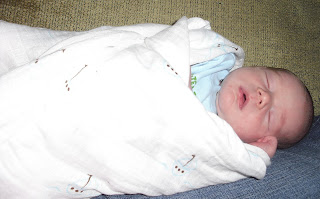 His umbilical cord fell off yesterday so I was planning on bathing him this weekend.  Since he peed all over himself and me and his pack and play, we decided a bath tonight would be a good thing.  He hated every minute of it.  But right afterwards, our sweet boy was happy. 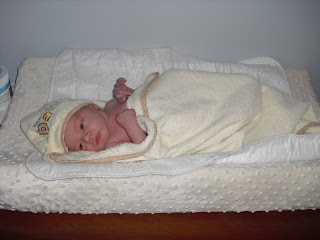 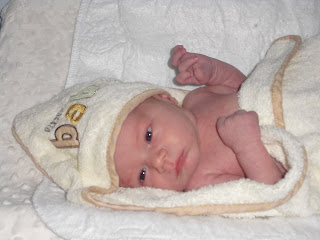 He's hanging with his daddy while I finish up this blog post. 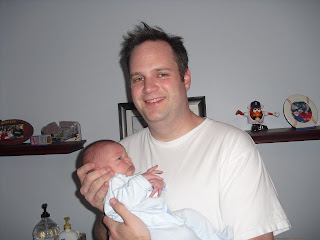 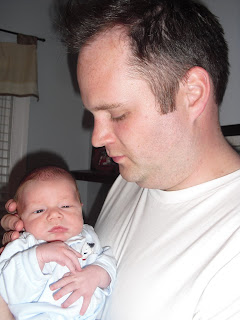 We are looking forward to a low key weekend.

This is the life!  I love my sweet boy so much.
Posted by Stephanie at 8:26 PM